So, you may wonder, what is Chuseok? Chuseok, otherwise known as Korean Thanksgiving, is one of the most important holidays in Korea. It is a time when families come together to give thanks to their ancestors and to share food and stories with each other.

You may be thinking of travelling in Korea during the holiday period, however, this is not recommend as prices for buses and trains skyrocket due to the fact that many Koreans will be travelling to their hometowns during this time. It also means that traffic is much worse when leaving Seoul, so a bus journey that would normally take 4 hours will now take 6 or more hours. So in my opinion it is best to stay in Seoul for Chuseok and here are just a few ideas on how you can spend your few days off.

There is no doubt that Korea is full of beautiful historical sites, and what better time to visit some than during Chuseok?!

Firstly, Namsangol Hanok Village – located near the North Seoul Tower – has free activities during Chuseok such as tteok (rice cake) making and Charye ancestral rites. During these rites, rice, alcohol and rice cakes are prepared as offerings to a family’s ancestors. So, this gives you a chance to take part in Chuseok traditions.

Another historical site worth visiting is Gyeongbokgung Palace. Gyeongbokgung is honestly one of the most beautiful places I have ever visited in Korea, from the architecture to the people there wearing traditional Korean clothing there everything is stunning. The admission is also super cheap too! It’s only 3,000원 per person and if you want to wear hanbok (Korean traditional clothing) there, then admission is free! Whilst you’re in this area, you can also pop over to the National Folk Museum which has events and games for the holidays plus gives you a chance to learn more about the countries traditions and folklore. 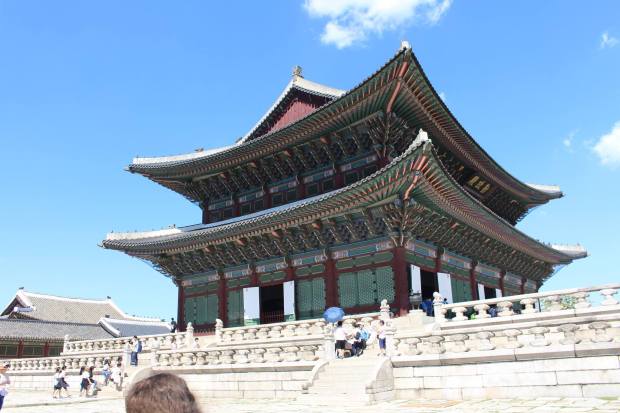 As the city will be quieter over the holiday period due to everyone visiting their hometowns, this is the perfect opportunity to visit the Han River, rent a bike and enjoy the views. As long as it’s not raining, the weather should be just right; not too hot and humid but not so cold that you’ll freeze out there. You can also take some food or if you can find a food delivery service that is still open, enjoy some food on the side of the river whilst people watching and taking in the beautiful sights of Seoul. This is also a great time to go hiking if that’s your kind of thing as the hiking trails will be much quieter than normal and again, you’ll get a great view of the city once you make it to the top.

During the long weekend, there will be plenty of soccer and baseball games happening in Seoul. If you happen to read Korean or have a Korean friend, you can try to book tickets online or you can even turn up to the stadium on the day and try and buy tickets then. Be prepared to get involved if you attend a sports game, especially baseball as there are songs and cheers for every player on the team. This year, there are several games taking place over the holiday period: Nexen vs Doosan (9.25/26) and LG vs SK (9.25/26) being some of the games being played this year. 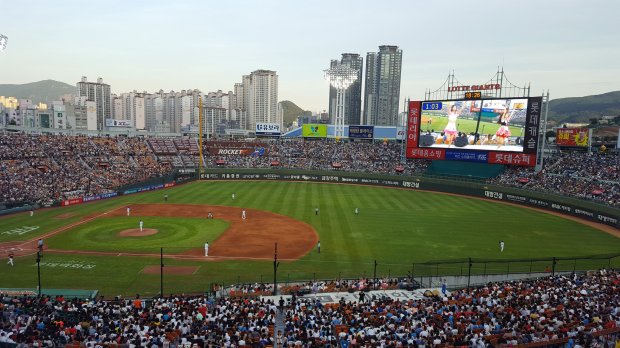 During the holidays, theme parks such as Lotte World and Everland will often stay open on some days and will sometimes have events running on these days. Personally, I would suggest visiting Everland over Lotte World, as Lotte World is targeted more towards families and smaller children. In Everland, there are five different areas: Global Fair, American Adventure, Magic Land, European Adventure and Zoo Topia meaning you will be spoilt for choice on what to do whilst you’re there. Even if rides aren’t your thing, there is still plenty to do as there is a garden area and a zoo area which offers safari rides. There is also a parade that occurs during the evening so make sure to stick around for it. Best of all, during this time foreigners can get discount on entry tickets. Last year, foreigners were able to get into Everland during Chuseok for 28,000원 (roughly $25) rather than the normal price of 54,000원 ($48).

Also during this time, the Halloween decorations will be up so you will feel a spooky vibe there. If you do want to visit Lotte World, they also offer discounts for foreigners so instead of 55,000원 ($50) a one day pass will now cost 28,000원 ($25). If you do decide to head to a theme park over the holidays, be prepared for potentially longer queues as many foreigners or just those staying in Seoul will head here. 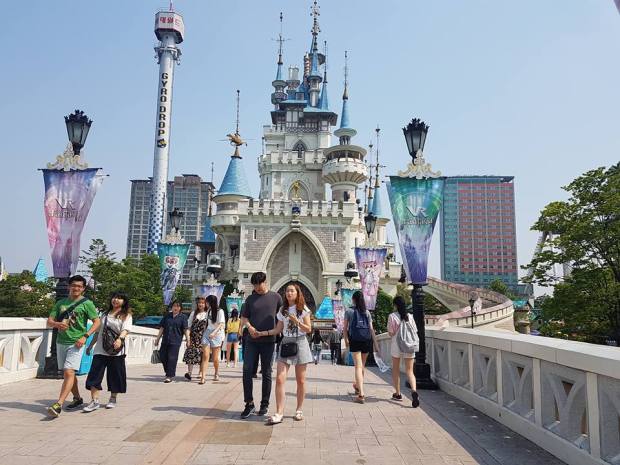 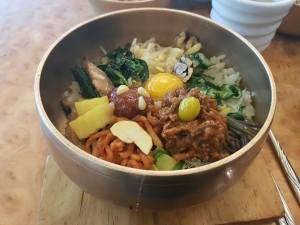 So there is just a few ideas of some things you can do during Chuseok. There’s so many more things to do and to explore in the city. Even if you want to do some shopping, many stores are open during the Chuseok holiday, although most are closed the actual day of Chuseok so make sure to check before you go!